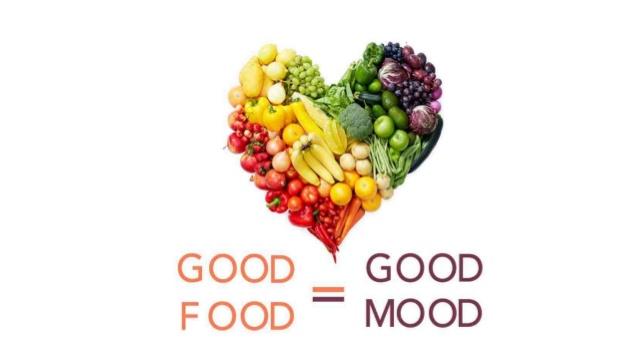 In this article I am going to explore the relationship between mental health and diet. This is because if your mental health is good, your diet should be a positive factor. There are certain foods that may help your mental health and others that could do you more harm than good. These include vitamins and minerals like Vitamin D, Omega 3 fatty acids and Tryptophan. If you are not eating a balanced diet, you could be doing yourself a great disservice.

There is a growing body of evidence that dietary fiber helps to alleviate mental disorders. In fact, it can have a significant positive effect on depression. However, the exact reasons why this may happen are still unclear.

For example, it is thought that dietary fiber can help to regulate blood sugar spikes and may also provide a fuel source for the gut microbiome. It also contains vitamins and polyphenols, which have been shown to improve mental health. These compounds can help to reduce the risk of inflammation.

A recent study in Iran found that a higher dietary fiber intake was associated with a lower incidence of anxiety and depression. Furthermore, this inverse relationship was found in adults as well as women.

Omega-3 fatty acids have been studied for their cardioprotective, anti-inflammatory, and anti-psychotic properties. There is growing evidence that they may help prevent and treat psychiatric disorders. It is now possible to take omega-3 supplements to improve symptoms of mood and attention deficit disorders in people with mild to major depression, anxiety, and bipolar disorder.

In order to study the effectiveness of omega-3 fatty acids in the treatment of depression, researchers reviewed more than 910 clinical trials. They found that PUFAs that are rich in both DHA and EPA have greater efficacy than PUFAs that are mainly EPA. Specifically, a 2:1 or 3:1 EPA to DHA ratio produced the most promising results.

Vitamin B12 is necessary to make and maintain a protective fatty layer called myelin in the brain. This fatty coating allows nerve cells to pass electrical signals between one another. A deficiency of this vitamin is known to cause a variety of symptoms, including depression.

In addition to its role in mental health, this vitamin helps regulate methylation, a process that turns on disease-fighting genes. It also contributes to detoxification by the liver.

The effects of a vitamin B12 deficiency are usually felt through neurological problems, such as memory loss and impaired balance. In some cases, this can be irreversible and lead to dementia.

In addition to bone health, vitamin D is also important for cognitive and mood disorders. It plays a role in the regulation of melatonin, and its lack can lead to sleep issues.

Vitamin D is synthesized by the skin when exposed to ultraviolet B (UVB) light. It is an essential fat-soluble nutrient that boosts the immune system and helps cells to grow. Having enough vitamin D in your body can help you stay healthy, avoid certain cancers, and prevent cardiovascular diseases. However, many people have low levels of the vitamin, which increases the risk of depression.

While many studies have shown that vitamin D supplementation can improve depressive symptoms, others have found no difference. There are several possible reasons for this.

Tryptophan is a protein and amino acid that is essential for the healthy functioning of the human body. It is a precursor to serotonin, a mood-stabilizing neurotransmitter. Eating a variety of foods that contain tryptophan can promote emotional wellness, improve mental health and enhance sleep.

This is due to the fact that eating disorders are often the symptom of an underlying problem. These issues can range from family relationships to academic expectations. They can also be a result of a traumatic event such as sexual assault. Having these co-occurring disorders can have a profound effect on the patient’s emotional and mental well-being.

In addition to affecting the physical aspect of a person’s life, having an eating disorder can lead to depression, anxiety and substance use disorder. The best way to address these co-occurring disorders is to seek treatment for each individually.